Things are changing again – and for the better!

In a nutshell, Spotify has started to make their long-promised move to using LUFS for loudness normalization, instead of the older ReplayGain-based system.

It’s understandable because if you put a loudness meter on the output of Spotify with the default settings, it often turns out to be very close to -14 LUFS. And in fact Spotify’s FAQ reflects this, mentioning -14 LUFS several times, and suggesting you target roughly this level when uploading.

But notice the word “roughly.” Elsewhere on the page they explain that the actual system used is an early version of ReplayGain, which gives different results for some songs – sometimes by as much as 3 dB.

How can that be? Surely loudness is loudness, regardless of how you measure it?

Modern loudness measurements such as LUFS and ReplayGain attempt to model how we perceive loudness, and this depends on things like frequency balance and the duration of loud sounds.

This is similar to “feels like” temperatures you often see on weather forecasts, which try to take factors like wind speed and humidity into account. In the same way, LUFS and ReplayGain both try to assess how loud we perceive the music to be – how loud it feels.

Regardless of how successful you think the results are, all of this means that even though the overall reference level for Spotify measured over longer time periods is typically very close to -14 LUFS, individual songs can sometimes be played back at surprisingly different levels than this number would lead you to expect.

Why does it matter?

Because it changes the way people hear your music.

If the old ReplayGain method gave a loudness change that played your song a little quieter than you expected, it might not hold up against other similar material as well as you’d like – in a playlist, for example. And if it played a little louder, it might hit Spotify’s limiter harder than you’re comfortable with.

All this is changing, though. From now, all new uploads to Spotify will be measured for normalization using LUFS, not ReplayGain – the same method used by YouTube, TIDAL, Amazon and others.

And this is a big deal.

In a nutshell, everything just got a lot simpler.

Soon, you won’t have to worry about the differences between ReplayGain and LUFS, because the reference level will simply be -14 LUFS. Which will make everything more predictable and consistent, whether you agree with the decision or not.

So what’s the catch? (There’s always a catch, right?)

A good question, with several answers.

First, the easy one – if your goal is simply to assess how your song will sound on Spotify in future, there is no catch. Simply check you’re happy with the way it sounds when normalized to -14 LUFS, and you’re done.

But second, you’ll have noticed I’ve been using phrases like “eventually,” “in future” and “soon”. And that’s important – the transition has started, but it’s going to take a while to affect everything you hear on Spotify, on all devices.

That’s because there’s a lot of work involved in making the change. As well as switching to the new method of assessing loudness for every new song that gets uploaded, Spotify has to re-measure all the existing songs in their catalogue.

And they need to update the player apps – on iOS, Android, Mac and PC – to pay attention to the new values.

And then users need to update to the latest version of those apps to hear the changes in some cases.

The practical upshot of which is that you may start hearing different normalization results on different tracks, in different clients, for the next few months at least.

Thirdly, you need to pay attention to the effect this difference has on your music, especially if you like dynamics.

The reason I say this is that for some songs, ReplayGain results in a bigger Loudness Penalty than LUFS does with the same material. It pays closer attention to shorter sections of very loud audio, so if your music has a lot of dynamic variety, you may find it turned down more than you’d expect based on using LUFS.

In contrast, LUFS is more tolerant of short, loud sections. Personally, I think this is a good thing – it matches how I hear loudness more closely. The disadvantage though is that unlike other platforms, Spotify still uses positive gain for quieter songs, lifting their level, and it’s the only platform to use a limiter to prevent clipping when it does this.

Preventing clipping is a Good Thing, but if you’re a fan of dynamics then extra limiting on your carefully mastered dynamic songs is almost certainly a Bad Thing, especially since there’s no option to control how this limiter works, or how it sounds.

(There’s no extra limiting on louder songs, btw – they just get cleanly reduced in level.)

So with the new settings, you may find that your dynamic masters are more heavily limited when Spotify turns them up than they were with the old ReplayGain system. Hopefully this is something they’ll address before too long, but for now it’s yet another factor to be aware of.

So what do we DO?

And in true audio engineer fashion I’m going to reply… it depends.

Whichever approach you choose, we’ll be updating the Loudness Penalty site and plugin to display both the new Spotify LUFS values and the legacy ReplayGain values, making this comparison super-quick and simple for you.

Always remember these numbers shouldn’t be thought of as targets. It’s certainly useful to know what will happen to your music online though, and how that will affect its sound in comparison to everything else out there. So if you’re not sure, or just curious, you can make exactly the same checks for yourself for free, and preview the difference to decide what’s best for your music. 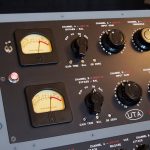 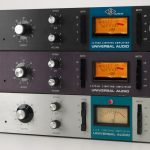 Designed for your convenience, our online mastering studio brings the process to your desktop so that you can upload your tracks, view rates, with minimum fuss directly through the website.

I offer competitive rates and deliver clear, full, impressive-sounding masters. But I also understand that working with someone new is a big decision to make. That’s why I offer a Free Test Master for any new clients to help ensure your 100% satisfaction with my work on your music. 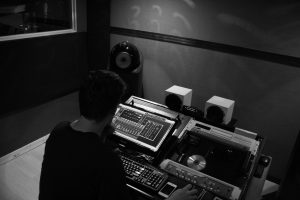 Des started his career as an apprentice at London’s Richmond Road Mastering and has worked daily as a mastering & final mix engineer for over two decades.

Since 2006 he has been running a dedicated mastering service providing a high-end tailored approach.

Back to Top
Close